ALMA the greatest telescope is a state-of-the-art telescope that was built to study the light coming from some of the coldest objects in the Universe.

Light from cold objects in the universe are millimeter or submillimeter waves, located between infrared and radio waves.

ALMA is the largest ground-based telescope ever built. Its main set has fifty high-precision antennas, each 12 meters in diameter, which together act as a single telescope: an interferometer.

This is complemented by an additional set of four 12 m diameter antennas; in addition, there are twelve antennas of 7 m in diameter.

ALMA antennas can be configured in different ways. The maximum distances between antennas can range between 150 meters and 16 kilometers.

ALMA is the acronym for “Atacama Large Millimeter / submillimeter Array”.

Where is ALMA the greatest telescope

The ALMA telescope is located about 50 km east of San Pedro de Atacama, in the Atacama Desert, one of the driest places on Earth.

The location of the 66 antennas is at the top of the “Llano de Chajnantor”, in the Chilean Andes Mountains, at 5,058 meters of altitude.

To go up to this site it is required to use oxygen masks and special protective equipment for the intense solar radiation.

The buildings for the Support Center or Camp (OSF) are 2,900 m high. It takes 40 minutes, to drive up from the OSF to the Llano de Chajnantor.

ALMA is a great modern telescope

With this extraordinary suite, ALMA can probe the universe at millimeter and submillimeter wavelengths with unprecedented sensitivity and resolution.

The light that comes from large cold clouds in interstellar space, at temperatures a few tens of degrees above absolute zero, has millimeter wavelengths.

These regions of the Universe are often obscured and remain hidden in the visible range of light, but they shine brightly in the millimeter and submillimeter part of the spectrum.

The vision ALMA provides is up to ten times sharper than that of the Hubble Space Telescope.

The images sent to the Support Center occupy 1 Terabyte every day (1,000 Gigabytes).

Who sponsors ALMA the greatest telescope

The ALMA telescope arose from a collaboration of the European Southern Observatory (ESO) with similar institutions in the USA, Canada, Japan and Taiwan.

And with the effective cooperation of Chile, which also contributed with the transfer of 176,000,000 square meters of land for these facilities.

The project had a cost of US $ 1.4 billion, and was financed in equal parts by the sponsoring institutions.

Stages in the construction of ALMA the greatest telescope

From 1995 to 1999: the partners reached an agreement on the design and development of the project.

From 2000 to 2006: Economic agreements and incorporation of new partners, tests with the first antenna prototype, opening of an office in Santiago de Chile and expansion of the initial project.

During the fall of 2009, the first three antennas were moved, one by one, to the Ensemble Operations Site (AOS).

Moving 115-ton antennas from the Operations Center, located at 2,900 m altitude, to the project site, at 5,058 m, is an extremely delicate task.

For this, it was decided to use two 28-wheel loader trucks, made to measure in Germany by Scheuerle Fahrzeugfabrik.

Each truck is 10 m wide, 20 m long and 6 m high, weighs 130 t, and is equipped with 500 kW diesel engines. The driver’s seat is equipped with an oxygen tank to help breathe at high altitude.

The first truck was ready and passed the tests in July 2007. The Operations Center in Chile received the two trucks on February 15, 2008.

At the end of 2009, a team of astronomers and engineers from ALMA successfully completed the assembly and integration of the signals from three antennas.

January 22, 2010. Launch of the Observatory. Call to present collective proposals for the preliminary observation period.

What is expected of this large telescope

Astronomers around the world are expected to advance knowledge around some of the deep questions about our cosmic origins.

Each year, the ALMA Support Center receives some 1,800 study projects proposed by scientists and astronomers from 21 countries.

Currently 500 projects are accepted and executed each year.

Astronomers will be able to study the basic components of stars, planetary systems, and galaxies.

With these powerful antennas it is possible to obtain detailed images of the birth of stars and planets that are being born in gas clouds near our Solar System.

ALMA detects distant forming galaxies, at the edge of the observable Universe, which are seen as they were about ten billion years ago. 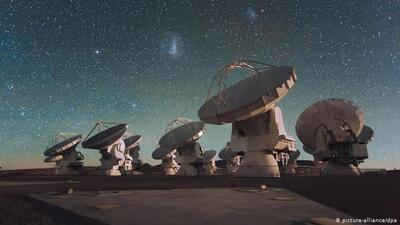 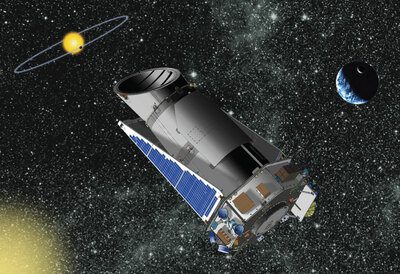 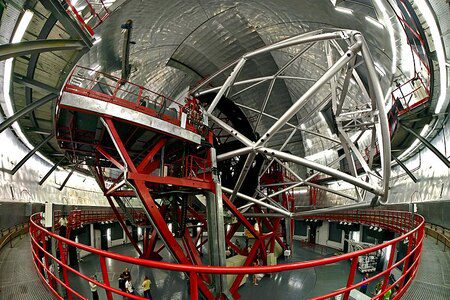