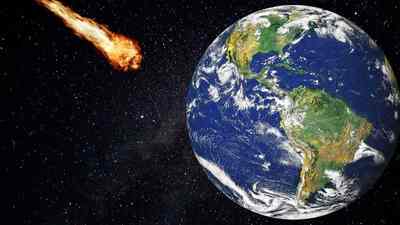 Apophis is an asteroid that passes closer to Earth every seven years.

Due to this sinister possibility, this asteroid received the name of Apophis, which comes from the name of the Egyptian serpent-god “Apep” lord of chaos, darkness and destruction.

In June 2004, astronomers Roy Tucker, David Tholen and Fabrizio Bernardi from the Kitt National Peak Observatory in Arizona discovered a large asteroid, between 250 and 400 meters long.

The confirmation of this discovery caused alarm among the researchers, since the calculations of its trajectory indicated that there was a probability of 1 in 40 that it would collide with Earth in the year 2029.

In reality, calculating the exact trajectory of an asteroid is very difficult and, therefore, some astronomers believe that Apophis does not represent a real risk.

In 2013 astronomers refined their trajectory calculation a lot, but there will still be a remaining uncertainty that will be finally resolved by the last 2021.

Initial calculations of its orbit indicated a 2.7% chance of an impact with Earth during its flyby in 2029.

It is estimated that on April 14, 2029, Apophis will pass 25,000 kilometers away from Earth and will be visible to the naked eye in Europe, Asia and North America.

Subsequent calculations showed that the possibility of impact in the year 2029 was much lower than the 2.5% initially expected.

The trajectory calculations pointed to a remote possibility that Apophis struck Earth in the year 2036.

However, NASA rules out any possibility that the asteroid Apophis collides with Earth in 2036.

There is a great possibility that Apophis will shoot down commercial satellites and that seven years later, in 2036, attracted by the gravitational field of our planet, it could fall on the sea surface, causing an immense tsunami, much larger than the one that struck Indonesia in 2004.

Projects to protect the Earth from the asteroid

It cannot be ruled out that in the year 2036, or in later years, the approach will be catastrophic, since every 7 years Apophis passes closer to Earth.

On February 27, 2008, the result of the global competition called by the Planetary Society for the design of a mission to determine whether the asteroid Apophis will collide with Earth in 2036 and, if necessary, avoid the threat was announced.

The first place was obtained by a US consortium. The Spanish company Deimos Space was awarded the second prize.

Both the European Union and the United States are evaluating the procedures that will be necessary to deal with this situation.

The cost of a mission to divert this asteroid from Earth would be around 1 billion euros.

The European Space Agency is evaluating the possibility of launching two satellites: one, dubbed Don Quixote, to drive the asteroid away; and the other, called Sancho, to cover the first satellite in orbit.

This mission is in the process of analysis and its objective would also be the detection of asteroids that could approach the Earth.

This is a priority operation for ESA and Spain could assume it, because its economic cost is not very high. 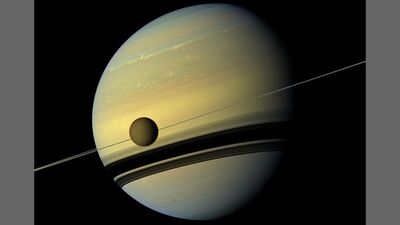