Cecilia Payne British Astronomer who amazed the scientific community, which believed that the composition of the stars was similar to that of Earth.

Cecilia Payne discovered that this belief was wrong, and that stars are basically made up of hydrogen and helium.

The observations of this intelligent woman led to discover that hydrogen and helium are the most abundant elements in the Universe.

Cecilia’s immense merit is that when she was a student, women did NOT count for anything in science or politics. She was a brave pioneer of the pleiad of women who currently contribute to scientific progress.

Cecilia Payne was born in the city of Wendover, United Kingdom, on May 10, 1900. She came to this world in the early days of the 20th century.

Cecilia was one of the three children of Edward Payne, a lawyer, musician, and historian; and Emma Pertz, of Prussian origin and widowed in 1904.

Cecilia Payne studied at Saint Paul’s Girls School; at the age of nineteen she got a scholarship to study at Newnham College.

This educational center was founded shortly before, in 1871; it belonged to the University of Cambridge.

Although she brilliantly completed her studies, Cecilia Payne did not receive her due degree, as the University did not accept giving bachelor’s degrees to women.

This cruel and absurd discrimination continued until 1948.

The only option for her in England was to be a modest teacher. Therefore, she decided to emigrate to the United States.

In that country, she began to search decisively for a job where she could deploy her intellectual capacity.

Cecilia Payne’s beginnings as an astronomer

It was fortunate that a young, intelligent and enterprising 36-year-old American, Harlow Shapley (1885-1972) had become Director of the Harvard University College Astronomical Observatory.

In 1923, this young astronomer (one of the many men who were already beginning to appreciate women), upon verifying the merits and great possibilities of Cecilia Payne, offered her a scholarship to study at this Observatory.

Cecilia was the second student in an astronomy training program devised by Shapley for women.

For decades, the Harvard University Observatory had counted among its ranks highly valued women who dedicated their lives to the study of the stars.

Williamina Fleming and Henrietta Leavitt had given the institution great prestige in the late 19th and early 20th centuries.

In 1922, Adelaide Ames had joined, another woman who became extraordinary among astronomers.

Cecilia Payne studied the structure of the stars

There, at Harvard, Cecilia Payne was a student of Ernest Rutherford and Arthur Eddington.

The latter suggested that she study the internal structure of stars, something that was done for the first time.

In 1925, Cecilia Paine presented a splendid thesis entitled “Stellar atmospheres, a contribution to the study of observation of high temperatures in the inversion layers of stars“.

Thanks to this thesis, Cecilia Payne was the first person to achieve a Doctorate in the area of ​​astronomy at Harvard University.

She was 25 years old and it was the beginning of a fruitful career as an astronomer.

This doctoral thesis was a true revolution in astronomy, since one of the main conclusions established that hydrogen is the most abundant component in the constitution of stars.

Astronomer Otto Struve, a specialist in stellar spectroscopy and astrophysics at the Yerkes Observatory, praised Cecilia Payne’s work as the most brilliant thesis ever written in astronomy.

However, her theory was absolutely novel and was not accepted by the scientific community; because in those years it was thought that the massive component of the stars was iron.

Cecilia Payne managed to be recognized as an astronomer

Harlow Shapley immediately hired Cecilia Payne as a researcher at the University Observatory.

But, this brilliant researcher had to wait until 1938, for the University to recognize the official title of “astronomer”.

Thanks to her, later the path became easier for other astronomers, such as Vera Rubin.

Her works, pioneers in the study of stellar atmospheres, demonstrated that hydrogen, together with helium, were the main elements (99%) that formed not only the stars, but the entire universe.

Prominent astronomers radically opposed these conclusions and continued to defend the idea that the composition of the stars was similar to that of Earth, that is, that they were rocky stars.

Edward Charles Pickering, the fourth Director of the Harvard Observatory, was another pioneer in appreciating the professional ability of women; and he made the intelligent resolution to surround himself with highly valued scientists. Among them, Cecilia Payne and Williamina Fleming.

“Williamina Fleming entered into work as a maid in the Pickering’s private quarters in a very delicate situation. She had emigrated from Scotland with her husband, but he abandoned her after becoming pregnant. She was a very hard-working and intelligent woman, which did not go unnoticed and motivated Pickering to take her to the Observatory.

She had prepared herself to be a teacher, yet she became an astronomer, was the head of the “star calculators” and became the first woman to hold a position at Harvard: curator of stellar photographs“. (Text copied from “Harvard Astronomers” on the principia.io website)

In March 1934 Cecilia Payne married Sergei Gaposchkin, a Russian astronomer who emigrated to the USA.

Cecilia did not adopt her husband’s last name as was customary in the United States; but, from then on, she added it to her own with a script, so since then she began to sign her works as Cecilia Payne-Gaposchkin.

Together they published numerous observations on stars and other works on visual observations in the Magellanic Clouds.

A tireless worker, in 1938 she was officially recognized at Harvard as an astronomer.

Since 1925 she had been working on a low salary and without any official title.

Until then, all women who had studied at the observatory received less pay than men and were not officially considered scientists.

It is said that she used to go to work at the Observatory with her three young children, to the despair of the rest of the staff, because the children were very unruly.

Little by little Cecilia Payne British astronomer was being recognized

In 1956, she achieved a new achievement within Harvard by being appointed full professor at the College of Arts and Sciences.

Soon after, she became the Chair of the Department of Astronomy and was the first woman to head a Department within the prestigious American university.

In 1966 she officially retired from teaching, but continued to work as a researcher at the Smithsonian Astrophysical Observatory.

At the end of her days, Cecilia Payne wrote her autobiography.

After a very fruitful life, she died shortly before her 80th birthday, on December 7, 1979, in Massachusetts, USA.

Asteroid 2039 is named after Payne-Gaposchkin, in her honor. 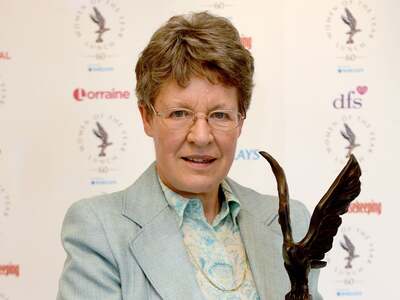