The ancient Greeks calculated the distance from the Earth to the Moon.

The Greek philosopher, Aristarchus of Samos (310-230 BC), relied on the measurement of the shadows observed in lunar eclipses, to perform calculations that led him to venture an estimate of the distance that separated the Moon from the Earth .

The figures found were enormously large for the ideas of those times, when it was believed that the Moon could be, between the Earth and the firmament of stars, at a distance of no more than 32 km.

However, it was another Greek sage, Hipparchus of Nicaea (190-120 BC) who perfected Aristarchus’s observations and calculations.

To his own surprise and that of all his contemporaries, he deduced that the Moon was at a distance of 384,000 km from Earth.

Of course this puzzled everyone and a thick veil was drawn over this early and astonishing discovery that definitely broke with the idea that one had of the distance to which the sky was.

Hipparchus’ wisdom was not questioned, but the results of his calculations were. It is possible that he himself did not believe them.

The currently accepted distance from the Earth to the Moon.

Since the second half of the 20th century, the following figures are accepted as valid, which do not exactly coincide with those that appear in the previous figure.

Keep in mind that the lunar orbit is not circular, but elliptical.

Current measurements of the distance from the Earth to the Moon.

Although it may seem strange, these measurements are made every day.

From a Texas Observatory (USA), every day for 37 years a person has launched a laser beam at the Moon, which when bouncing off reflector panels covered by 100 mirrors pointing to the Earth, gives the exact distance of our satellite. .

The experiment, which takes place every day, works like this: a laser beam pulse is launched from Earth’s telescope; this ray crosses the Earth-Moon distance, and hits the panel.

The mirrors are cubic reflectors and send the pulse back in the same direction it came from. Back on Earth, the telescope intercepts the return pulse.

This makes it possible to measure with high precision the distance that the Moon is at a given moment.

The round trip time determines the distance to the Moon to the nearest centimeter.

On July 21, 1969, an hour before their last moonwalk, the Apollo 11 astronauts placed the first reflector panel in the Sea of ​​Tranquility.

Apollo 15 astronauts installed a reflector 15 times larger than the previous two in the Hadley fissure.

Latest data on the Moon’s orbit

With the information collected during the years that this experiment has lasted, the researchers have managed to trace the orbit of the Moon with great precision, and have discovered a series of remarkable facts, including:

So far everything is fine: Einstein’s equations predict the shape of the lunar orbit as exactly as it can be determined with the laser.

If there is a flaw in the general theory of relativity, lunar laser measurement could find it.

Currently, work is underway on a new facility in New Mexico, called the Radar Moon Distance Measurement Operation, which will make it possible to measure the Moon’s orbit with 10 times more precision than before. 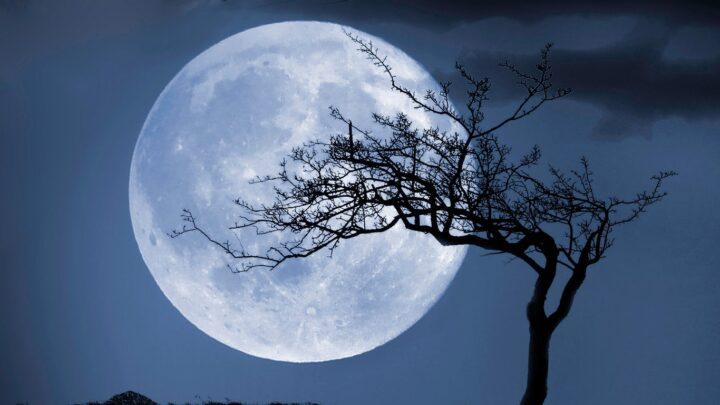 The Moon is a satellite of the Earth

Eclipses of the Moon