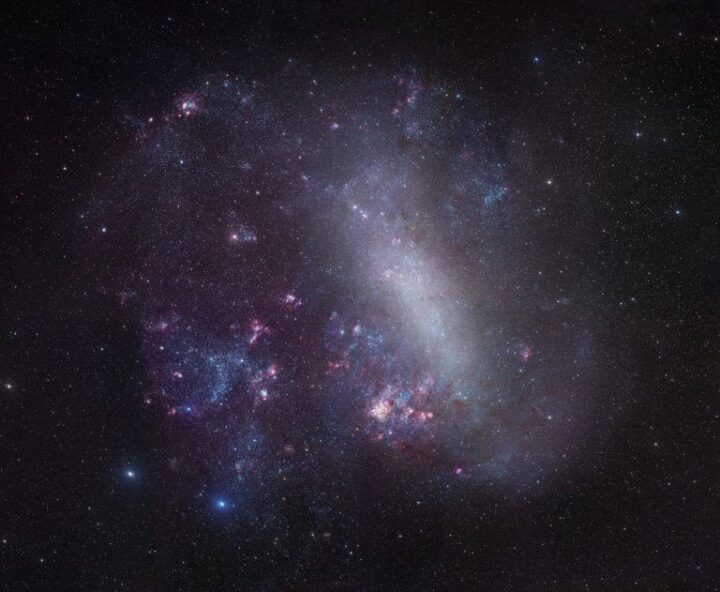 Nebulae inside the galaxies are regions of interstellar space made up mainly of hydrogen and helium. When these materials condense and compact, star birth occurs.

The cover image shows the “Large Magellanic Cloud“, one of the wonders that Hernando de Magallanes discovered when he circumnavigated the Earth. Credit: web observatorio.info

Nebulae inside the galaxies of the universe

Nebulae are located in the disks of spiral galaxies and in any area of ​​irregular galaxies.

Impressive image of the Magellan Nebula from January 15, 2012, on the excellent Observatory website, with an explanation of what is shown. I recommend reading Sain’s comments, in which he offers multiple and instructive links. Click here to see them.

They are not usually in elliptical galaxies, because in them star formation phenomena do not occur.

Galaxies are not properly nebulae, because, in addition to gas and dust, they have billions of stars, all of them brought together by the force of gravity.

Stars are formed in nebulae

The investigations of the famous Mexican astronomer, Silvia Torres Castilleja, on planetary nebulae, provided valuable information regarding the formation of stars from interstellar gas.

This bright diffuse nebula is so large, that light from the stars involved does not penetrate its boundaries, and the bright nebula appears to be seen against a larger, darker one.

Visible wavelengths do not give an image as good as that obtained by the infrared camera on the Spitzer Space Telescope, with exposures made at all four infrared wavelengths.

There are a) dark nebulae, b) reflection nebulae, c) emission nebulae and d) planetary nebulae.

A nebula is called dark when it is formed by an accumulation of interstellar gas or dust, far from any star that could illuminate it.

Its existence is detected by contrast with a background populated, further away than the nebula and populated with stars.

They are dark nebulae: “Sack of Coal“, located in the constellation of the Southern Cross and “Horsehead”, located on the left side of the Orion belt.

Reflection nebula is one that reflects light from nearby stars. The most representative case is the nebula seen in the open cluster of the Pleiades.

Nebulae are called “emission” when the gas that makes up the nebula glows as it is transformed by the intense ultraviolet radiation from neighboring massive, hot stars.

There is a 4-minute video, in English, produced by the California Institute of Technology (CalTech) Department of Education and the Spitzer Space Telescope, with new infrared images, of the Orion Nebula located in the area of ​​“the sword of Orion”. Thousands of rising stars are shown. Click here to see the video.

Also interesting is a 6:25 minute video produced by NASA and ESA, with comments in English, of the beautiful Orion Nebula (M42).

This great Nebula of Orion the Hunter has been known and revered since ancient times because it is visible to the naked eye, and is only 1,500 light years from Earth, and because it is one of the brightest in the sky. At the beginning, it was classified as a star .

Images from the Hubble Orbital Telescope have identified 42 new stellar discs within it that could be the start of new planetary systems like ours. It is currently one of the most studied nebulae.

The Eagle Nebula is an emission nebula, in which gigantic columns of hydrogen can be seen (the largest is about 9.5 light years), so dense that its interior has gravitationally contracted generating new stars that illuminate spectacular gas figures called “The Pillars of Creation.”

This wonder of the Universe is located in the constellation of the Serpent, within the spiral arm of Sagittarius in the Milky Way, about 7000 light years away from Earth.

The massive star factory known as the Trifid Nebula (M20) was captured in all its glory with the Wide-Field Imager camera attached to the MPG/ESO 2.2-metre telescope at ESO’s La Silla Observatory in northern Chile.

A planetary nebula is called a nebula consisting of the outer layers of the atmosphere of a dead or dying star that has completed its evolution and whose heat makes the gas glow.

They are planetary nebulae: the Helix Nebula, in the constellation Aquarius, and the Crab Nebula, produced by the remains of a supernova.

The Helix Nebula (classified as NGC 7293) is one of the brightest and closest examples of a planetary nebula.

It is located in the constellation Aquarius and is about 700 light years from Earth. It is a cloud of gas created at the end of the life of a star similar to the Sun.

What remains of the central core of the star, after millions of years, will become a white dwarf star. In about 5 billion years, our Sun will look like this.

The Crab Nebula is one of the most beautiful ever observed by man. It was born from the explosion of a star and this explosion was seen on Earth in the year 1054.

It is located 6,300 light years from Earth, in the constellation of Taurus.

The nebula has a diameter of 6 light years (57.6 trillion km) and its expansion speed is around 1,500 km / sec. The explosion is documented by Chinese astronomers of the time.

According to the European Southern Observatory (ESO), the VLT telescope has captured one of the most spectacular images of the sky.

It is the most accurate image ever obtained of the Carina Nebula, a cloud of dust and glowing gas incubating new, very massive stars.

Many details that until now remained hidden have come to light. The Carina Nebula is located about 7,500 light years from Earth, deep in the Milky Way, and contains some of the brightest stars known.

There is an interesting gallery of nebula images on the internet on an ESO website. In addition, it offers a brief explanation of each of the images displayed. Click here to see them.

You can view a tour of the nebulae in our Galaxy, the Milky Way.
It is a 6:26 minute Video with beautiful images of 41 nebulae, obtained with Hubble and other telescopes, each with its name. Musical accompaniment with the theme “Moonlight” from Beethoven’s Sonata in C Minor. Work done by Jon S. Click here to see it. 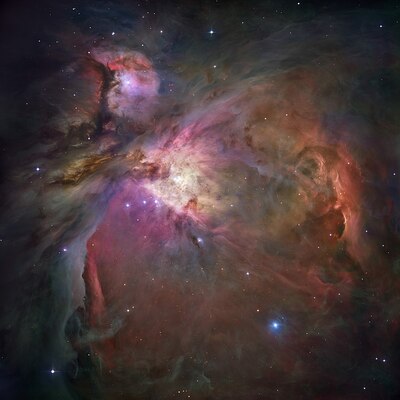