Neptune the distant planet is four giant planets in the solar System. It is 30 times farther from the Sun than Earth and takes 165 years to go around the Sun once.

Neptune is the eighth and last planet in the Solar System. Its name comes from the Roman god Neptune, the god of the sea.

In the cover image you can see Neptune captured by Voyayer 2 probe in 1972, as the spacecraft approached the planet.

Discovery of Neptune the distant planet

Both times Galileo mistook Neptune for a star near Jupiter in the night sky.

Starting in 1821, the hypothesis was launched that the disturbances observed in the orbit of Uranus could be caused by some other body.

In 1843, the British John Adams and the French Urbain Le Verrier calculated, separately, the orbit of this eighth planet.

Finally, Neptune was discovered on September 23, 1846, at the point in space that both astronomers had predicted.

Distance from Neptune to Earth

Neptune is an outer planet, as it is further from the Sun than Earth.

Neptune is the eighth planet in the Solar System, the furthest away.

After Jupiter, Saturn, and Uranus, Neptune is the largest planet in the Solar System.

In its atmosphere there is a large dark spot, similar to the red spot on Jupiter. Really, the spot is a gigantic hurricane with winds of 2,000 kilometers per hour, the most violent in our Solar System.

The internal structure of Neptune consists of a rocky core covered by an icy crust.

Neptune’s inner two-thirds are made up of a mixture of molten rock, water, liquid ammonia, and methane.

The outer third is a hot gas mixture composed of hydrogen, helium, water, and methane.

The entire planet is hidden under a thick and thick atmosphere.

The Voyager 2 space probe found that Neptune has four complete rings, two of them thin and the other two wide.

Neptune’s rings are much darker than the bright rings of Saturn.

Saturn’s rings are made of ice, which reflects a lot of light. Instead, Neptune’s rings are probably made up of rock and dust, since rocks and dust don’t reflect as much light as Saturn’s rings.

The composition of the planets Uranus and Neptune is very different from that of Jupiter and Saturn, the ice dominates over the gases, which justifies that some experts consider them within an additional classification, that of ice giants.

In addition to the two satellites known until 1989 (Triton and Nereida, Voyager 2 detected another 6.

Later, it has been proven that Neptune has 13 moons orbiting it.

But Triton is still the most interesting satellite of all of them, because it is still geologically active, with a complex surface, with a diameter of 2,700 km and 354,800 km from Neptune, it is very similar to Pluto. 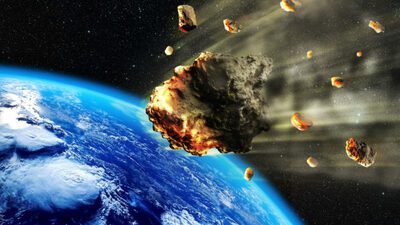 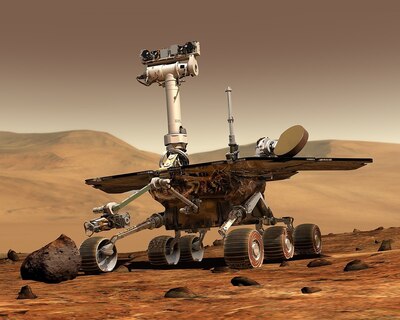