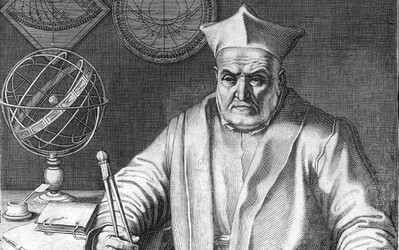 Calendars have always been related to the Earth year. The Earth, in its journey around the Sun, takes approximately 365 days and 6 hours to make a complete revolution.

The oldest historical evidence indicates that the first solar calendar was created in Ancient Egypt, at the beginning of the third millennium BC.

It arose from the need to accurately predict when the Nile River would rise, which has an annual periodicity, a fundamental event in a society that lived from agriculture.

This calendar had a year of 365 days, which caused imbalances from time to time, which were corrected periodically.

Many years ago, Rome had adopted the Egyptian calendar, with a year of 365 days. The mismatch with reality was so great (80 days to go) that it was already winter when the official calendar still indicated autumn.

When the beautiful, intelligent and cultured Cleopatra, Queen of Egypt, decided to travel to Rome to visit Julius Caesar, she took with her one of her main astronomers, the Greek Sosigenes.

Sosigenes of Alexandria was aware of the failed reform of Canope, which occurred two centuries ago, and collaborated with Julius Caesar to adopt that old reform to the Roman calendar and implement it as a new calendar.

The new calendar was implemented in 46 BC. C. with the name of Julian Calendar in honor of Julius Caesar.

To correct the previous lags, Julius Caesar ordered that 445 days be counted that year, instead of the normal 365.

It was called the year of confusion and 3 months were added: one after February and two between November and December (one of 33 days and the other of 34 days).

Sosigenes and the other astronomers already knew that the astronomical year had 365.25 days: a quarter of a day more than what had been considered until then.

To properly adjust the calendar, it was necessary to add 1 day every 4 years.

From 44 a. C. It was established that every year would consist of 365 days, and that every four years 366 days would be counted, adding 1 day to the month of February of the years that were multiples of 4.

Since then, the year consisted of 365 days, except for leap years that have 366 days, and for this they add one day to the month of February.

The Julian reform had ended the serious errors of the 365-day year. But considering that the year had 365.25 days, it had not been fine-tuned enough in the second decimal place. And this brought consequences, with the passage of time.

In the year 1582, astronomers had warned that the date of the festival had already been advanced by 10 days.

And this was because the correct figure for the length of the year is 365.242189 days; or what is the same, that 0.7811 days had been added to the years of the Julian calendar which, in more than 1,000 years, had produced an accumulated error of approximately 10 days.

Pope Gregory XIII, who had been elected Pope in 1572, had already requested the collaboration of the German Jesuit Christopher Clavius ​​and Luigi Lilio to elaborate a reform that adapted the civil calendar to the astronomical year.

Christopher Clavius, Jesuit astronomer, the “Euclid of his time“, was a renowned mathematician and astronomer.

Galileo Galilei himself requested it as scientific endorsement of his astronomical observations. A crater on the Moon is named after him.

As for Luigi Lilio, a Neapolitan physician and astronomer, we know that he was the main author of the calendar reform. He died in 1576 without having seen the reform process completed.

The new rule for leap years was formulated as follows:

The Gregorian calendar was immediately adopted in countries where the Roman Catholic Church had influence.

On September 14, 1580, the calendar reform was approved, to be put into practice in October 1582, making the remaining 10 days disappear and establishing the new regulations.

It so happened that, in Spain, Teresa de Jesús (Saint Teresa) died on October 4, 1582 and was buried on October 16 of that same year. 12 days later?

No. Only the next day.

In countries that did not follow Catholic doctrine (Protestant, Anglican, Orthodox, and others), this calendar was not implemented until several years (or centuries) later.

Despite the fact that in their countries the Gregorian calendar is the official one, the Orthodox churches (except that of Finland) continue to use the Julian calendar.

Rotation of the earth on its axis